Posted by Klev Vera
in Uncategorized 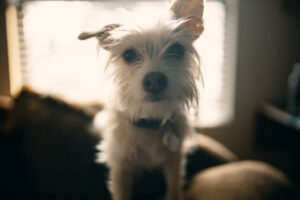 As nearly half of Spanish households have a pet, it is important to recognize the importance of special bonds created between the animal and the people who live with it. Such an affective bond develops feelings of empathy and respect; however, the affective bond does not prevent that, in situations of family crisis, pets can be used as a throwing weapon, either to do harm, or to blackmail, because when one member of the couple stays with the pet, the other experiences loss, often mourning or suffering.

History of the Law

Typically, courts have been hesitant to grant legal protection for the affective bond between people and animals. Historically, laws have regarded animals as mere goods, susceptible to ownership or possession, which has led courts to solutions that are often too rigid. It was more difficult to find court decisions that agreed to the care of the pet for alternative periods within a family process. Therefore, it was necessary to reform on the legal regime of animals, so that a change of mentality in legal operators would be definitively produced, and so that in the decisions adopted by the courts in situations of family crisis, animal welfare prevails and the bonds of mutual affectivity between people and their pets is preserved.

Current Status of the Law

As of recently, as the latest European country to do so, a new law in Spain has come into effect regarding animal rights (The Economic Times). This new law recognizes animals as sentient beings, or living beings, endowed with sensitivity, that cannot be treated as inert things simply because, as science has amply shown, they are not inert. In modern societies, based on the development of biology and animal welfare, highlights of sentience are prevalent and as such, animals cannot be treated as mere things.

How do you decide who gets the dog in a divorce?

In such a situation in which a couple is in the divorce process and they have a pet, regulatory action must be taken. Regulatory agreements signed by both parties must include the fate of pets, that is, to whom the spouses are entrusted with their care, the distribution of the times of coexistence and care, and the burdens associated with the care of the animal. Therefore, the spouses, upon separating or divorcing, must be clear in the negotiation of what will happen to their pet and must try to reach an agreement on the points indicated; for otherwise, the judge will decide for them. Care, or shared custody, can be attributed to both spouses, in which case, the distribution of cohabitation times must be fixed.

Upon consideration of domestic partnerships, the principle that animals are sentient beings, in which Courts must make decisions on who to give the animal care to, according to welfare, must not be forgotten in the case of pets of de facto couples. The protective purpose that is intended to be achieved with the care of affective bonds between persons and animals occurs both in cases of marriage and de facto couples. Moreover, it is irrelevant whether or not the couple is married since the affection and bond the pet feels towards likely both owners is highly relevant.

On the other hand, the regulatory agreement must indicate the distribution of expenses related to the care of the animal. Distinction must be made between ordinary expenses, such as food, daily care and cleaning, insurance, etc., from extraordinary expenses, such as veterinary expenses or surgical interventions. Some Courts have already provided how the expenses of pets are to be distributed. Thus, SJPI nº 9 of Valladolid of May 27, 2019 (Roj: SJPI 88/2019 – ECLI:ES:JPI:2019:88), setting a criterion that can be illustrative agrees that “The expenses of health care, veterinary, vaccines, and other extraordinary ones, will be paid 50% between the 2 owners, after documentary justification of the same. Those relating to food/hairdresser, each party shall assume the same during its period of possession.” Unequivocally, the distribution of expenses of the pet must be equally allocated to each partner.

The lawyer, when advising the spouses of the most appropriate custody and care regime, should make the couple reflect on a series of extremes that affect the well-being of the pet including, but not limited to: the pet´s most active caregiver, availability of the spouses of adequate housing for the welfare of the pet, economic circumstances of each of the spouses, time of dedication for the attention and care of the pet, professional and family duties, valuing the habits of the animal, distance from the houses, working hours, and holiday periods.

Negotiating a pet custody agreement: presence or Involvement of children

If there are children who establish a strong bond with the pet(s), it is vital to take into account the existence of the affective relationship of the children with the pet(s), and the psychological impact that a separation can cause. If, within the family, the children have an intense affective bond with the pet, the protection of the best interests of the child will advise adapting the time of care of the animal by the parents to the time of stay of minors with them. In a family in which there are no minor children, and both members of the couple have a similar affective bond with the animal, the solution typically is shared coexistence so that neither member of the couple will suffer the feeling of loss or detachment. That notwithstanding, in any case, the measures affecting pets, which have been adopted in the Regulatory Convention, are not definitive and may be modified if their circumstances have been altered.

In the instance where a parent is interested in joint custody of minor children, Art. 92 CC states, in paragraph 7, that ¨joint guardianship shall not be available where either parent is involved in criminal proceedings instituted for attempting to harm the life, physical integrity, liberty, moral integrity, or sexual freedom and indemnity of the other spouse, or of the children who live with both of them; nor will it proceed when the judge notices, from the allegations of the parties and the evidence adduced, the existence of well-founded indications of domestic violence, or gender violence.¨

Moreover, the existence of any history of abusing, mistreating, or having threatened to do so to a companion animal as a means to control or victimize the children or the other member of the couple, will also be appreciated and recognized for this purpose. In this instance, the judge must observe if any of the parents incurs ill-treatment of animals or threatens to cause them. In such a case where evidence supports that a parent has partaken in such an act, that parent will have given reason enough to be denied rights to pet custody. This type of domestic violence and abuse is used as a weapon to silence victims and can psychologically harm the couple, as well as physically harm the animal. Undeniably, this is reason enough for denial of joint custody of the pet and of the minor children.

What to do in case of no agreement?

In the case that there is an absence of agreement of the spouses, or lack of approval thereof, the judge will determine the fate of companion animals. In the absence of an agreement, the court must decide on three aspects: (1) if you entrust pets for their care to one or both spouses, and if entrusted to both, it must specify the distribution of coexistence times, (2) if you make the decision to entrust care to one of the spouses, the way in which the spouse who has not been entrusted will be able to “have them in your company,” and (3) the distribution of the burdens associated with the care of the animal.

Digressing to refer to the state of New York´s law involving pet custody determination, it has been established that pets are an item of property and are awarded by the court as the judge sees fit. Factors that come into play include who provides care for the pet, who is most fit to meet the pet´s needs, and what the children´s (if any) relationship is to the pet. Courts have awarded the pet to one party and given the other party certain rights, such as specific periods of time to spend with the pet, the right to care for the pet when the other person is not able to, and the right to be informed of the pet´s health.

Contrarily with Spain´s new law, New York stands on the foundation of belief that animals are property, and not sentient beings. Irrespective of the new law, the New York Courts have still addressed major concerns that Spanish Courts also aim to address upon a family crisis, namely being who primarily cares for the pet, who is most fit to meet the pet´s needs, and what affective relationship other family members have with the pet. Additionally, the Courts have grappled with visitation rights of the pet, the right to care for the pet if the other person is unable to, and the right to be informed about the pet. This further provides insight to the importance, although contradicting with new Spain law, of viewing divorce or separation involving a pet from a multifaceted approach in order to ensure, most importantly, the well-being of the pet.

Spain regulations protects pets as living creatures and not as property. Above all, the solutions must be adjusted to the circumstances of the individual case, and it will be necessary to assess all aspects of the given situation, but most prevalently, who has previously taken care of attending to the physical and emotional needs of the animal, who is in better conditions to care for the animal, the previous habits of the animal, and what is the affective bond between the animal and each of the family members.

Written in collaboration with Emily Olejnicki